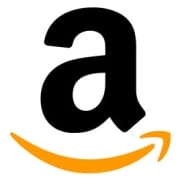 Amazon started as an online bookstore in Seattle, America, in 1994. Now Amazon isn’t only a bookstore; they are selling everything from groceries to beauty products to electronics and much more. Moreover, Amazon Prime, Kindle, and assistant Alexa is also part of Amazon. They also brought innovation to the industry with their drone delivery system.

From an online bookstore to the biggest online store on Earth, Amazon has traveled a lot. They changed their logo multiple times throughout the journey. They finalized the current logo in 2012.

Let’s go through the meaning and the significance of the current Amazon’s logo.

The current logo of Amazon rightly describes the company. The logo has “amazon” written in lowercase with an arrow curving upward from “a” to “z”. The arrow portrays two things, one that they sell everything from A to Z, secondly, the arrow represents a smile on the face of the customer. The initial meaning of the logo was to illustrate that they deliver everything from A to Z. But in the press release they describe purpose as “smile now begins under “a” and ends under z”. q

With the fascinating rapid growth of the company, they used five logos throughout their journey.

Let’s talk about the transformation of the logo of the company.

Turner Duckworth designed the first logo of Amazon. It was a letter “A” with the shape of a river inside. amazon.com was written under the logo with the slogan “Earth’s Biggest Bookstore”. The slogan clearly defines the goal and ambition of the company. In 1997 they introduced a refined version of the logo, but they completely changed the logo in 1998.

In 1998 they completely changed the logo. The logo was amazon.com in uppercase with a giant O in Amazon.

The design did not even last a year, and in late 98 they introduced a new logo.

They used lowercase letters to write amazon.com Experts considered that the uppercase letters make the brand less approachable. So, they switched to lowercase.

This version has amazon.com underlined with an orange line curving downward. Black and orange colors made the company very popular.

2000’s logo is a similar version of the present Amazon’s logo.

It was amazon.com with an orange arrow curving upward from “a” to “z” with a slogan “and you’re done”.

The logo was a game-changer as Amazon earned a profit of $5million in 2001.

In 2012 the first logo designer Turner Duckworth removed .com from the logo. The logo represents that the company has expanded way over the digital market because amazon is selling goods in their physical shops now.

Amazon is the perfect example of how important a good logo is for marketing and expansion of a company.