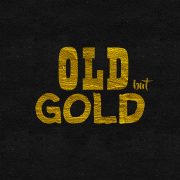 With globalization, the trend of digital marketing has evolved during years. However, there are some logo designs which still shine globally maintaining its year-long presence.

Here are five oldest company logo designs which have maintained its reputed position in the digital world through all these years.

Stella Artois is one of the oldest and most renowned beer brands in the world. The word Stella has been derived from Latin in which means “star”. Before 1981, the brand was inclined towards being used in Christmas. However, the arrival of Frank Lowe in 1981 experienced the new identity for the brand.

It is an American brand, established by Levis Strauss which is well known for its denim jeans.The brand identity of Levis is as longs as 1853 which includes two horses trying to move in opposite direction but are hurdled by the pair jeans.

The message was simple and clear representing the high quality and strength of the cloth used by the brand.

Twinings still stand high as the brand having the oldest logo.The brand has been serving the world with its tea products since 1706. The first establishment was opened in London by Thomas Twinings, a royal holder but the firm received its identity in 1787 and it still persists superiorly now.

Almost 10 generations have been involved in making some of the best varieties of tea in the world and making its recognition worldwide.

No other brand symbols had come up evident at that time, so a basic sign of an equilateral triangle was opted with the prominent red color to represent the vigor and zeal of the brand.

Henry Heinz hit the market long back in 1876 with his product Heinz Tomato Ketchup. The octagonal logo is a simple design with the mark of “57” representing the 57 varieties of products they provide.

According to Heinz specifically, chose the figure ‘7’ because of “the psychological influence of that figure and of its enduring significance to people of all ages.”

Some of the Common Logo Misconceptions
Scroll to top